You are one step away from downloading

Fill the form below 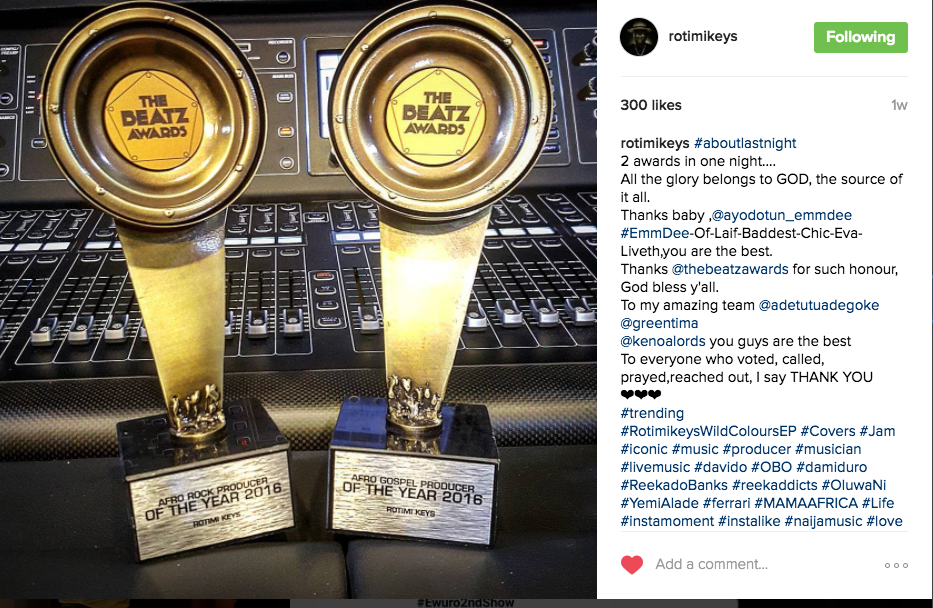 Rotimikeys, CEO of Song 23 Productions recently won two awards at the second edition of the Beat Awards on December 17, 2016.He was nominated and won in two categories: Afro Rock Producer of the Year for his Deliverer track done for Glowreeyah and Afro Gospel Producer for Mairo’s  track Nani GI.

Join us in congratulating him. Here’s to more laurels. Great way to end the year.